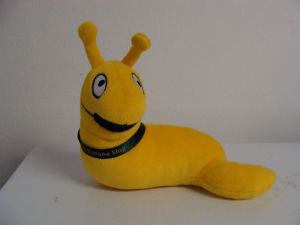 Well, I’ve been lax about notifying you–my loyal readers, whoever the heck you may be–about my recent chapter postings of my first novel, “A Study with Slugs”, on Wattpad.  Bad on me.  As I explained a couple of weeks ago, I’ve been traveling a lot, and in the previous week have been on vacation.

But I have been diligently posting chapters all the same, because I have OCD, and I just can’t stop until I’m done.  But it’s done.  You can now read Chapter 14, Chapter 15, Chapter 16 (the conclusion), and Chapter 17 (the denouement in which, in fine A.C. Doyle/Holmesian style, Our Hero explains to Our Narrator all the details of the case that have not, as yet, come out.  Hey, he established the precedent; I’m just following it!)  So read and enjoy, or read and critique, or do whatever, but there you have it.

I expect to soon be posting the full novel here in ePub format for your downloading pleasure.  If you have been waiting for that, expect it sometime in the next few days.  (Though I still don’t have a cover image because my pal Paul the artist has totally fallen down on the job.  Hard for me to complain since he was doing it for free but still:  Damn!)

Coming up next will be a short story in the same milieu, with Tosh and Zack solving the mystery of the Red-headed experiment.  Don’t have to be much of a Sherlockian to know what the inspiration for that one is, yeah?  Hope you enjoy it; I’ve sure enjoyed writing it.

After that, I’m working on two separate novels:  A young-adult steampunk novel (with air ships, of course!), and a modern urban fantasy/SF/alternate worlds novel.  I don’t which one I’ll be cranking on the most, or if I’ll get distracted by another short story idea like I did with the Red-headed experiment Tosh/Zack story.  We shall see.  In the meantime, as they say: Watch This Space.